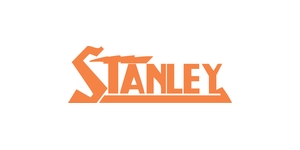 - Stanley Electric is the global leader in the design and manufacturer of LEDs offering a wide range of LEDs recognized to be the brightest in the world featuring a remarkable variety in spatial distribution, package styles and color variations.
In addition, Stanley offers a variety of other optoelectronic products including LCDs and CFLs to support the most demanding instrumental panel backlighting needs. Whether you need LEDs, LCDs, or CFLs, Stanley Electric is a one-stop resource for your optoelectronic components demand.
After serving as a sales office of II Stanley in Michigan, Stanley Electric was given an expanded role in 1998 as a dedicated subsidiary of optoelectronic components for Stanley Electric of Japan. The need to meet a growing market in North and South America paved the way for Stanley Electric to develop fully extended engineering capabilities, a state-of-the-art warehouse facility, and a sales support center tied up with its nationwide field support teams. This intricate support network allows Stanley Electric to take its customers from lighting design to prototype development to delivery.
Records 528
Previous1234567891011NextEnd